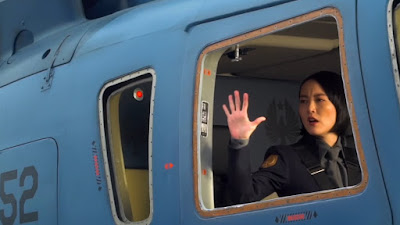 Before Legendary Pictures released Pacific Rim Uprising, I joked to my friends that I would walk out of the theater if Mako Mori died. Well, I wussed out when that horrible moment came, but know this: I walked out in spirit. When Mako’s helicopter went down, my hopes of enjoying the long-gestating sequel to one of my favorite movies fell with it. Even in a story full of baffling decisions, it was conspicuous.

Here was one of the breakout characters of Pacific Rim (and arguably its central protagonist), a fiery but filial mechanic and co-pilot of a giant, sword-swinging mech. In the increasingly crowded field of 2010s action heroines, she still stands tall. You’d have to be possessed by a Precursor to kill her off in the first act just for a lead-in to the next action scene and a fleeting moment of sadness for her brother. Who among the movie’s higher-ups was so afflicted? And did she get booted out of Scrapper’s cockpit at the end so Jing Tian could steal the spotlight?

To think I had been blaming Legendary’s Chinese masters all this time.

Director Steven DeKnight began discussing spoilers with fans on May 1. Mako’s death, naturally, was the first topic. (Read his full thread here.) In his first version of the script with Emily Carmichael and Kira Snyder, Mako fell into a coma instead. Raleigh Drifted with her to try to draw her out of it, learning about the rogue Jaeger’s base in the process. In another iteration, Marshall Hercules Hansen perished on the helicopter instead, and Mako didn’t appear at all.

Even later drafts were compromised. Budget constraints made a “massive funeral scene with a Jaeger honor guard” impossible. Test audiences’ complaints about the movie’s length and dour tone terminated at least three other scenes involving or about Mako. A conversation with Jake about Raleigh’s fate and why she retired from Jaeger piloting, a postmortem talk between Jake and Amara, another with Jake and Nate… with those gone, no wonder her presence in the finished product was so underwhelming. Alex Irvine and Becky Matheson’s novelizations suggest another altered scene: they have Mako ordering the helicopter pilot to open fire on Obsidian Fury at a pivotal moment in the battle, saving Jake and Nate. (They also preserved the revelations about Raleigh.) Finally, “a concept revolving around Mako was a huge part of the third movie. Her storyline was far from complete.” Note the past tense.

DeKnight has referenced on many occasions the limitations he faced as a first-time movie director working on a $150 million picture, and he's clearly frustrated about how this part of the story turned out. To his credit, he followed the thread by saying, “At the end of the day, the buck stops with me.” Indeed; it also started with him. The content of Pacific Rim Uprising’s pre-DeKnight drafts is basically a mystery, but it seems that in his versions, Mako was always going to be sidelined. Legendary’s bean-counters, test audiences, and (in all likelihood) a producer or two just killed her impact.

So while I always welcome insider information about kaiju movies, these revelations leave me cold. As another recent kaiju movie said, “The what-ifs are only fairy tales.” The movie is what happened – and judging from the box office numbers, nothing further is going to happen. Pacific Rim Uprising offers yet another cautionary tale for those lucky few who get to write blockbusters: if you can’t guarantee a sequel, finish the story.
at May 03, 2018

When Toku first launched in 2017, it seemed like a cruel joke: an obscure cable channel broadcasting Ultraman shows never before availa... 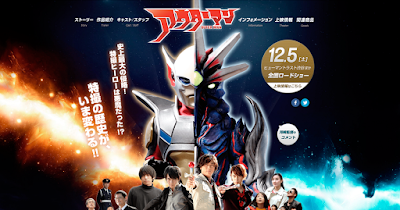 Michael Callari
Michael Callari watched a VHS tape called Fantastic Dinosaurs of the Movies as a kindergartner. It changed his life. He lives in Rochester, NY, where he is currently writing a book about the Gamera series.